June 01, 2020
Theatre@First is sad to announce that all mainstage performances have been canceled for the remainder of the 2020 calendar year. While the COVID-19 pandemic continues to make it unsafe to gather together in person, we will not let this stop us from bringing the joy of theatre to our community virtually. We will continue to celebrate the arts through a variety of online special projects and events. We encourage you to like our Facebook page and join our community group. Please watch our website for announcements and subscribe to our newsletter for monthly updates.
COVID-19 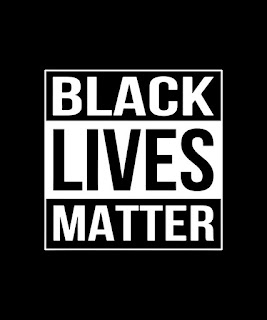 This statement was issued by the leadership of Theatre@First on June 3rd and shared with our participants and supporters via email.  We continue to explore ways that we can dismantle barriers, create change, amplify the voices of BIPOC, and support the protests against racism and police violence as a theatre community.  BLACK LIVES MATTER The murder of George Floyd has been added to the list of too many Black lives that have been taken by police and other perpetrators of white violence. While live performance at Theatre@First is on hiatus, we are still here and we are grieving and raging at the specific injustices and systemic racism that yet again echo across our screens and through our streets.  We are particularly concerned at this time for the Black artists and other people of color within our community, who are especially impacted by the cruelty of recent events.  We see you, you are an important part of our community, and you are not alone.  Black, Brown, an
Read more

by Shelley MacAskill Theatre@First is starting a new program called All the World’s a Stage , a monthly discussion group for plays by BIPOC authors, both American and international. The goal is to broaden readers’ horizons beyond the largely white American- and European-centric theater we’ve seen and read our entire lives. We’ll discuss these works as book clubs often do—things we liked, things we didn’t, who our favorite/least favorite character was. We’ll hopefully also discuss the differences and parallels to our own cultural experiences, and what influences race, ethnicity, religion, and culture have in forming the characters and driving the plot in ways that we may not have expected. What led me to want to form this group? I’ve told this story many times before to friends: Several years ago, a listicle came across my Facebook feed discussing “10 essential plays everyone should read,” or something like that. Okay , I thought, I’m a theater nerd, I’ll bite. I forget the exact pl
Read more